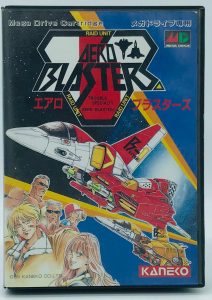 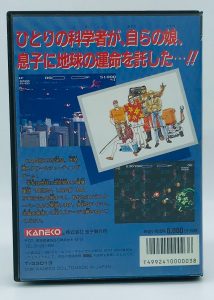 Air Buster is a horizontally scrolling shoot ’em up video game produced by Kaneko and co-distributed by Namco for the arcades in 1990. It was subsequently ported to the PC Engine/TurboGrafx-16 (under the title Aero Blasters) and for the Mega Drive in Japan in 1991.

In Air Buster, the player controls a fighter jet also designed for space travel and shoots enemies, collects power-ups, and defeats bosses to advance levels. As a console game, Air Buster had the distinction of being two player simultaneous, which was rare among side scrolling shooters on home consoles at the time. 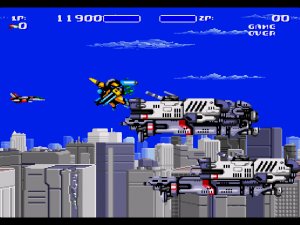 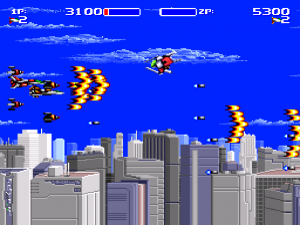 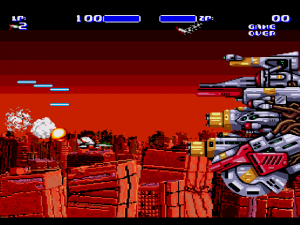 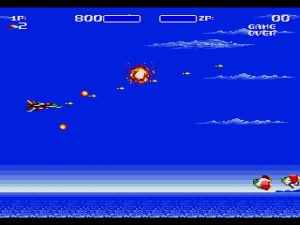