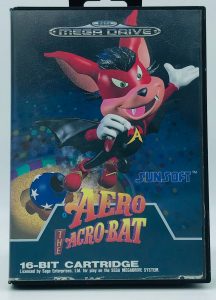 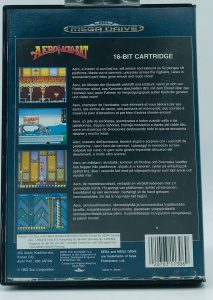 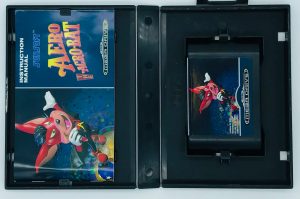 Aero the Acro-Bat is a 1993 video game developed by Iguana Entertainment and published by Sunsoft. It was released for both the Super Nintendo Entertainment System and Sega Genesis. Aero the Acro-Bat, a red anthropomorphic bat, was created by David Siller. In 2002, Metro 3D released a version of the game for the Game Boy Advance, with a battery back-up (which the original versions lacked).The GBA version was titled Aero The Acro-Bat – Rascal Rival Revenge in Europe and Acrobat Kid in Japan. The SNES version of the game was released on the Wii’s Virtual Console in the PAL region on July 23, 2010, and in North America on July 26, 2010. 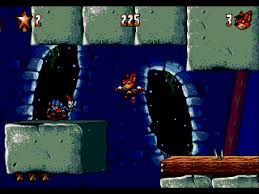 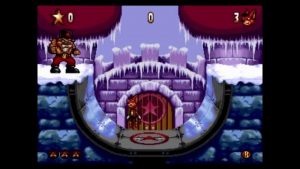 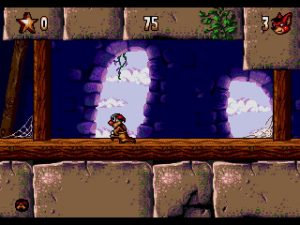 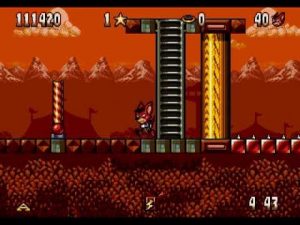