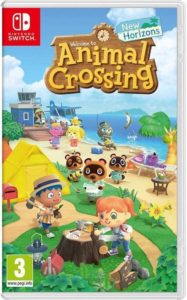 As in previous installments in the Animal Crossing series, New Horizons is a nonlinear life simulation game played in real-time. The player assumes the role of a customizable character who moves to a deserted island after purchasing a vacation package from Tom Nook, a tanuki character who is a staple of the series. The game proceeds in an open-ended fashion as the player explores the island, and develops it into a community of anthropomorphic animals.

Players can collect different items to use as decorations within the game. Similar to the 2017 spin-off title Animal Crossing: Pocket Camp, the game introduces a crafting system that allows the player to convert materials into tools and furniture, which can be used to decorate the game’s interior and exterior spaces. The game will allow the player to customize the appearance of their character at will, and will not lock specific hairstyles or facial features to specific genders. Players will additionally be able to select their character’s skin color, a feature introduced in the 2015 spin-off title Animal Crossing: Happy Home Designer.

Nook Miles, a new in-game currency earned by completing various tasks, can be used to purchase premium items. Players will be able to invite animals to live on their island, and will have the option to choose or influence where the animal constructs their home. The game’s weather will also adjust to the seasons of the Northern or Southern Hemisphere, depending on the player’s real-world location, a first for the Animal Crossing series. Another first is the addition of windy weather, which will be expressed in the movement of the leaves on the trees.

Isabelle and Mr. Resetti have been confirmed to appear in New Horizons, though Resetti will serve a different and as of yet unspecified function, as the game’s autosave function removes the ability to reset the game. Through artwork and accessories, Blathers, Celeste, Gulliver, Kicks, The Able Sisters, Sahara, Wisp, K.K. Slider, and Harvey have also been confirmed to return from previous installments. The game will only support one island per Switch system.

New Horizons supports both local and online co-op gameplay, with up to four players locally and eight players online able to occupy an island at any given time. The game will not connect directly with Animal Crossing: Pocket Camp, though there will be collaboration items between the two games. The game does support amiibo cards and figures from the Animal Crossing series; but does not support Nintendo Switch Online cloud saves, though the ability for Nintendo Switch Online users to recover game data if their Switch is lost, broken, or stolen will be added “sometime in the future”. 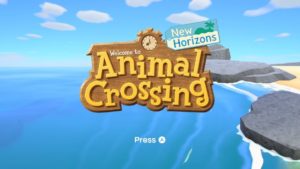 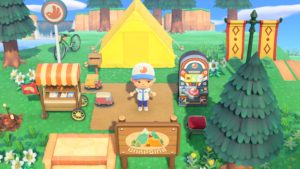 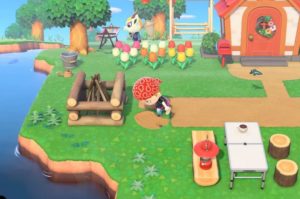 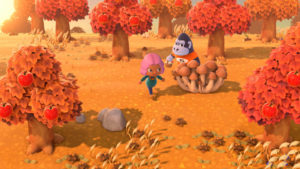