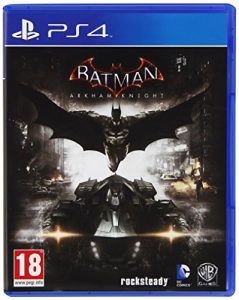 Batman: Arkham Knight is a 2015 action-adventure video game developed by Rocksteady Studios and published by Warner Bros. Interactive Entertainment. Based on the DC Comics superhero Batman, it is the successor to the 2013 video game Batman: Arkham Origins, and the fourth main installment in the Batman: Arkham series. Written by Sefton Hill, Ian Ball and Martin Lancaster, Arkham Knight is inspired by the long-running comic book mythos. Set one year after the events of 2011’s Batman: Arkham City, the game’s main storyline follows Batman as he confronts Scarecrow, who has launched an attack on Gotham City, causing a citywide evacuation. Scarecrow, with the help of the mysterious Arkham Knight, is also able to unite Batman’s greatest foes in an attempt to finally destroy Batman.

The game is presented from a third-person perspective, with a primary focus on Batman’s melee combat, stealth abilities, detective skills, and gadgets. Batman can freely move around the open world of Gotham City, interacting with characters and undertaking missions, and unlocking new areas by progressing through the main story or obtaining new equipment. The player is able to complete side missions away from the main story to unlock additional content and collectible items. Combat focuses on chaining attacks together against numerous foes while avoiding damage, while stealth allows Batman to conceal himself around an area, using gadgets and the environment to silently eliminate enemies. Arkham Knight introduces the Batmobile as a playable vehicle, which is used for transportation, puzzle solving and combat.

Development on Arkham Knight began in 2011 after completion of Arkham City and took place over four years. Rocksteady opted to use its own writers for the main story with collaboration by comic book writer Geoff Johns, choosing to replace Paul Dini who had worked on Arkham Asylum and Arkham City. The introduction of the Batmobile required a change in the team’s design methodology, as the previous games’ city designs were too narrow and confined to allow smooth travel for the vehicle.

Arkham Knight was released worldwide on June 23, 2015 for PlayStation 4, Xbox One and Microsoft Windows. The console versions of Arkham Knight received favorable reviews from critics, particularly for its narrative, visuals, gameplay, combat, and world designs, with most criticism given to the overuse of the Batmobile and the portrayal of the Arkham Knight. The Windows version was subject to significant criticism for technical and performance issues that rendered it unplayable for some users, prompting Warner Bros. to temporarily withdraw it from sale. At release, the game was the fastest selling game of 2015, and the fastest selling game in the Arkham series, reaching over 5 million units sold globally by October 2015. Post-release content was released for the game, including story-based missions, challenge maps, and skins for Batman and his allies, different historical Batmobile designs, and racetracks. 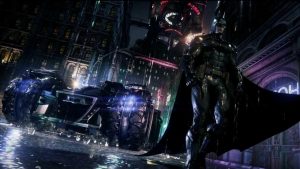 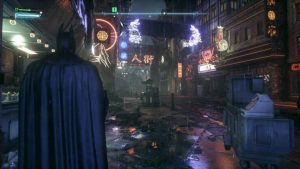 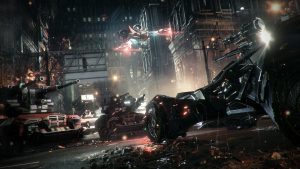 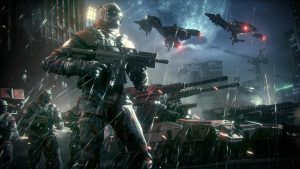