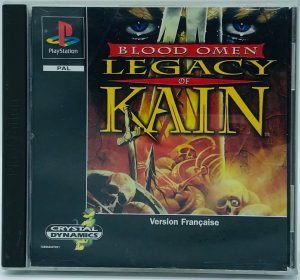 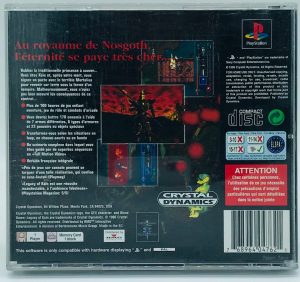 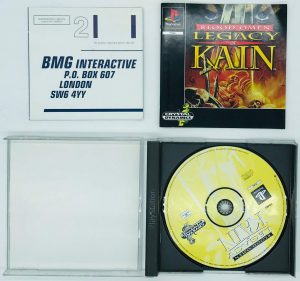 Blood Omen: Legacy of Kain is an action-adventure game developed by Silicon Knights and published by Crystal Dynamics, with distribution involvement from Activision and BMG Interactive. It was released for the PlayStation in 1996, and a Microsoft Windows port was developed by Semi Logic Entertainments and released jointly by Crystal Dynamics and Activision in 1997. The game is the first title in the Legacy of Kain series.

In Blood Omen, the player follows Kain, a slain nobleman newly resurrected as a vampire. Seeking revenge against his murderers and a cure to his vampiric curse, Kain is tasked with traversing the fictional land of Nosgoth and slaughtering the Circle of Nine, a corrupt oligarchy of godlike sorcerers, but slowly begins to forsake humanity and view his transformation as a blessing.

Silicon Knights designed Blood Omen as “a game which adults would want to play”, intending to evolve the action role-playing genre and bring artistic cinema to video game consoles. Reviewers praised its scope and storytelling, but criticized its lengthy loading times. After its release, a dispute arose concerning ownership of its intellectual property rights, after which Crystal Dynamics retained permission to continue the series with their 1999 sequel, Legacy of Kain: Soul Reaver. 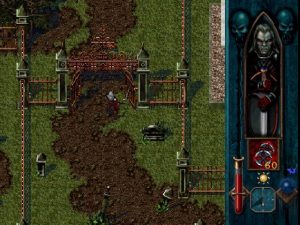 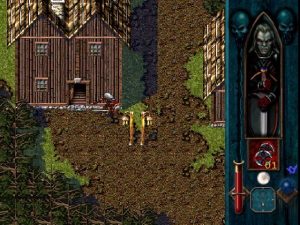 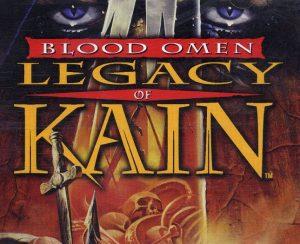 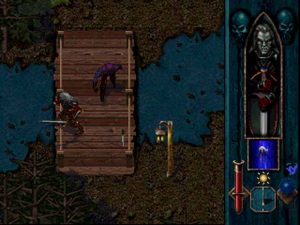