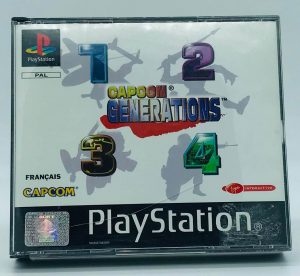 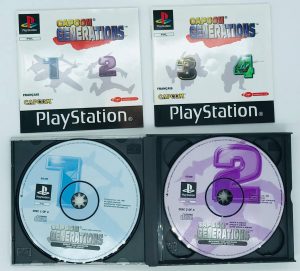 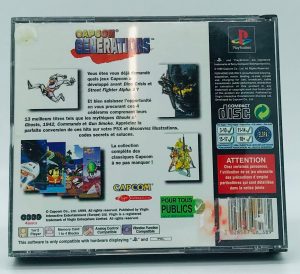 Capcom Generations is a series of five video game compilations produced by Capcom for PlayStation and Sega Saturn. Each volume contains three or four games from a particular series or game genre and were ported directly from their original arcade versions (with the exception of Super Ghouls’n Ghosts, which was originally a Super NES game). Each disc also contains a “collection mode” featuring history, tips, artwork, character profiles, arranged music (which can be enabled on the game themselves as well) and other unlockable contents for each game. The PlayStation versions of the games also featured support for the DualShock controller. 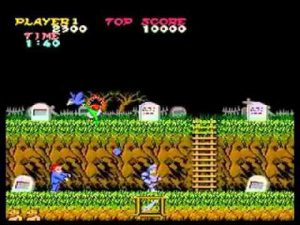 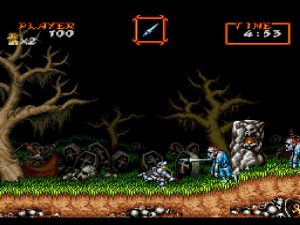 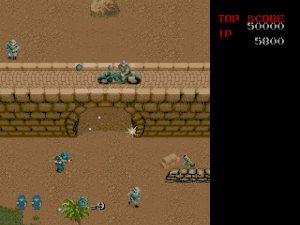 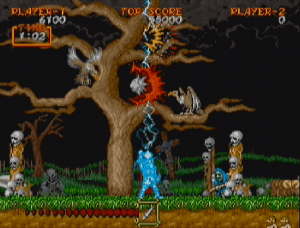