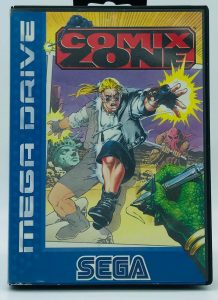 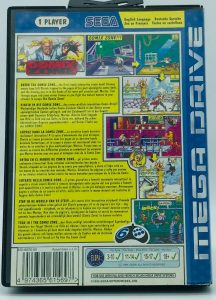 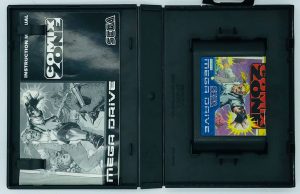 Comix Zone is a 1995 beat ’em up video game developed and published by Sega for the Sega Genesis. An unusual feature of the game is that it is set within the panels of a comic book with dialogue rendered within talk bubbles and sprites and backgrounds possessing the bright colours and dynamic drawing style favoured by superhero comics. This style had been used in video games previously, for example Ocean Software’s Batman: The Caped Crusader in 1988, but Comix Zone stretched the idea to such an extent that Sega applied for and were granted a patent for a “Videogame system for creating a simulated comic book game”. 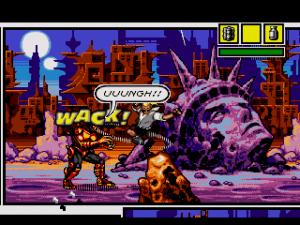 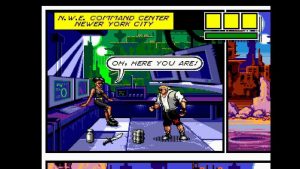 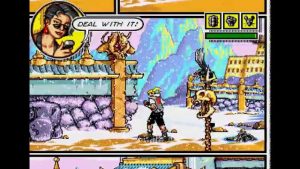 Rayman
Rayman
€7,00
PALEN
Out of stock