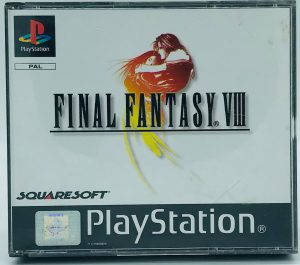 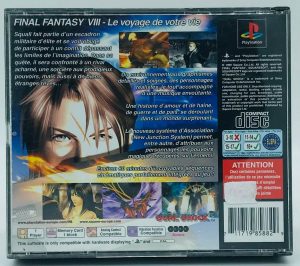 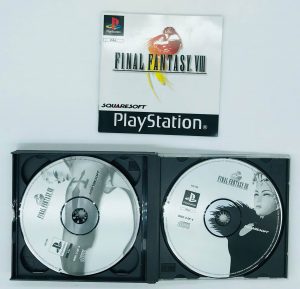 Final Fantasy VIII is a role-playing video game developed and published by Square for the PlayStation console. Released in 1999, it is the eighth main installment in the Final Fantasy series. Set on an unnamed fantasy world with science fiction elements, the game follows a group of young mercenaries, led by Squall Leonhart, as they are drawn into a conflict sparked by Ultimecia, a sorceress from the future who wishes to compress time. During the quest to defeat Ultimecia, Squall struggles with his role as leader and develops a romance with one of his comrades, Rinoa Heartilly.

Development began in 1997, during the English localization of Final Fantasy VII. The game builds on the visual changes brought to the series by Final Fantasy VII, including the use of 3D graphics and pre-rendered backgrounds, while also departing from many Final Fantasy traditions. It is the first Final Fantasy to use realistically proportioned characters consistently, feature a vocal piece as its theme music, and forego the use of magic points for spellcasting.

Final Fantasy VIII was mostly well received by critics, who praised its originality and visuals while criticizing some of its gameplay elements. It was voted the 22nd-best game of all time in 2006 by readers of the Japanese magazine Famitsu. The game was a commercial success; it earned more than US$50 million in sales during its first 13 weeks of release, making it the fastest-selling Final Fantasy title until Final Fantasy XIII, a multi-platform release. A Microsoft Windows post followed in 2000, with the addition of the Chocobo World minigame. Final Fantasy VIII was re-released worldwide as a PSOne Classic on the PlayStation Store in 2009, for PlayStation 3 and PlayStation Portable, with support for PlayStation Vita in 2012. It was re-released via Steam in 2013 and in Japan in 2014. As of December 2013, it has sold more than 8.5 million copies worldwide. 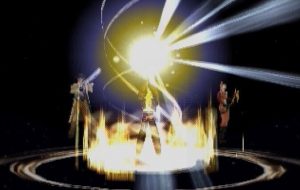 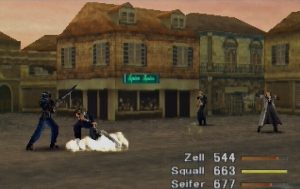 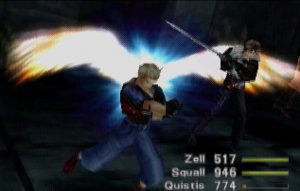 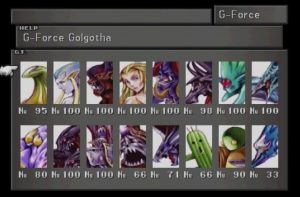