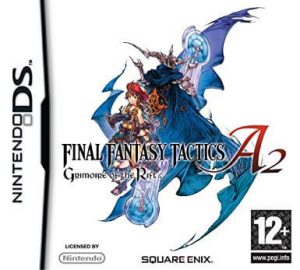 Final Fantasy Tactics A2: Grimoire of the Rift is a tactical role-playing game developed and published by Square Enix for the Nintendo DS handheld game console. Releasing in 2007 in Japan and 2008 in the West, the game is a sequel to Final Fantasy Tactics Advance and forms part of the Ivalice Alliance, a group of games set in the titular fictional universe. The game features cameo appearances from central and supporting characters from Final Fantasy XII, a title set in Ivalice.

Tactics A2 follows a young man named Luso Clemens after he is transported through a magical book to the world of Ivalice. Rescued from monsters by a clan leader named Cid and later joined by the thief Adelle, Luso becomes involved in battles between rival clans as he seeks a way home. Gameplay carries over mechanics from Tactics Advance including turn-based combat on a grid, a themed Job system, and a “Law” system placing limitations on player action during battles. 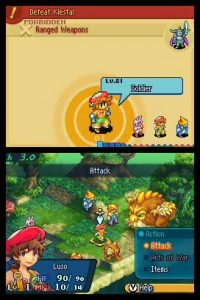 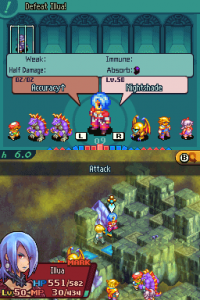 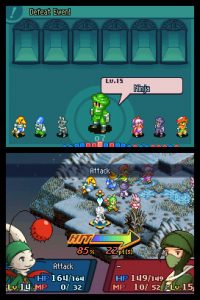 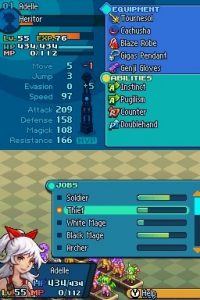