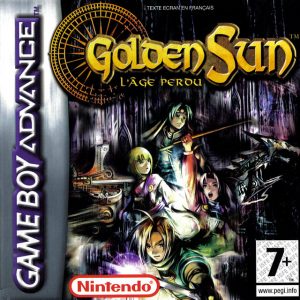 The Lost Age takes place in the same fantasy world as its predecessor, that of the world of “Weyard”. It is a flat, vaguely circular plane whose oceans perpetually spill off the edge of the world’s entire perimeter into what seems to be an endless abyss, although no one knows what is over it.

The antagonists of the previous game, Saturos and Menardi, have been slain in battle by the game’s protagonists led by Isaac, but not before the pair succeeded in activating two of four great lighthouses situated across the world of Weyard, the Elemental Lighthouses. Saturos’ companion Felix takes the rest of Saturos’ group and sets out on a journey of his own to complete Saturos’ original objective to activate the remaining two Lighthouses, for lighting all four will achieve the restoration of the powerful force of Alchemy to Weyard. He is joined by his sister Jenna, a Jupiter Adept named Sheba who was previously kidnapped by Saturos, and the scholar Kraden. The group searches for a ship to cross to the western half of Weyard, and learns of a man named Piers who has been falsely accused of piracy and owns a ship they can use. Felix and his group clear his name, and Piers agrees to join them. During this, Isaac’s party continues to pursue them. The group also discovers that their former companion Alex has allied himself with Menardi’s younger sister Karst and her partner Agatio in order to keep Felix on track.

Eventually, Felix’s party is able to achieve entrance into Piers’ home, a legendary, secluded Atlantis-like society named Lemuria far out in the ocean. When they convene with Lemuria’s ancient king, Hydros, they learn about Alchemy’s true nature; it has always been the sustenance of Weyard’s very life force, and its absence over the past ages has caused the world’s continents to decrease in size and parts of the world to collapse into the abyss. Knowing that restoring Alchemy is what must be done to actually save the world, Felix crosses the sea in order to activate Jupiter Lighthouse. But when Isaac’s pursuing party enters the lighthouse, they are trapped and ambushed by Karst and Agatio. Felix rescues Isaac, but Karst and Agatio escape with the Mars Star formerly in Isaac’s possession.

Felix is finally able to explain to Isaac why Alchemy’s release is a necessary thing for everyone, and that Saturos and Menardi were aiming for this goal merely for the sake of the survival of their home colony of Prox to the far north, located near the Mars Lighthouse. He also reveals that his parents and Isaac’s father are alive and currently being held hostage in Prox in order to coerce Felix’s initial cooperation. Isaac and his company agree to aid Felix, and the group sets out north to activate the Mars Lighthouse. The group discovers that Karst and Agatio have been transformed into mindless dragons and are forced to defeat them – they return the Mars Star before succumbing to their wounds. When they reach the tower’s top, the Wise One, the entity responsible for originally tasking Isaac to prevent the breaking of Alchemy’s seal, confronts them. He warns them that mankind could very well destroy Weyard themselves if they had possession of such a power, and when Isaac insists on breaking the seal regardless the Wise One summons a giant, three-headed dragon for the party to battle in the final struggle. After slaying the dragon, the party of Adepts finish their objective and activate Mars Lighthouse; with all four towers across Weyard lit, the process that heralds the return of the force of Alchemy to Weyard ensues at the mountain sanctum Mt. Aleph. Alex is there, however; he took advantage of everyone else’s quests so that he would gain immense power for himself from the light of the Golden Sun, a manifestation of Alchemy itself. However, he discovers that the Wise One had taken steps to prevent this and is left to die as the mountain collapses and sinks into the ground with him still on it. 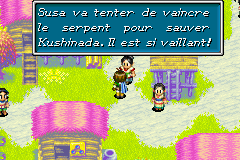 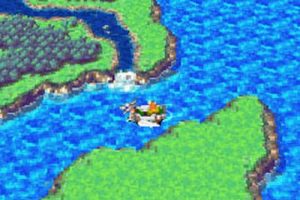 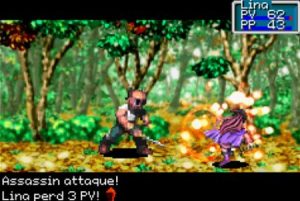