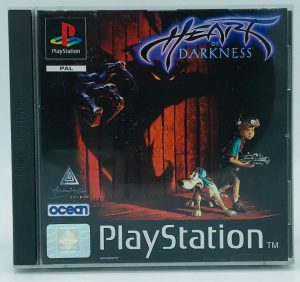 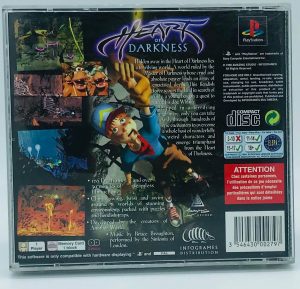 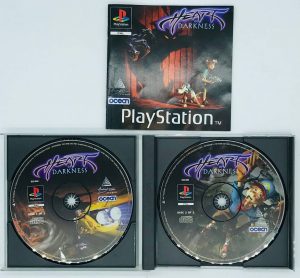 Heart of Darkness is a cinematic platform video game developed by Amazing Studio, published by Infogrames Multimedia in Europe and Interplay Productions in North America and distributed by Tantrum Entertainment and Infogrames for PlayStation and Microsoft Windows. A Game Boy Advance port was announced in 2001 but it was never released.

The game places players in the role of a child named Andy as he attempts to rescue his dog who has been kidnapped by shadow-like spectres. The game has about half an hour of storytelling cinematic sequences, thousands of 2D animated frames, and uses pre-rendered background scenery. The game was supervised by game developer Éric Chahi, known for Another World, this time with a team of artists and developers. The game also features an original score by film and television composer Bruce Broughton. 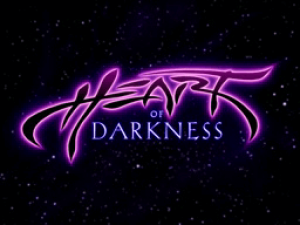 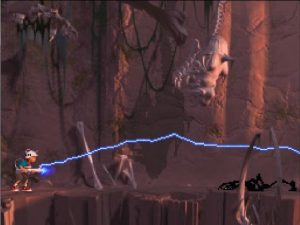 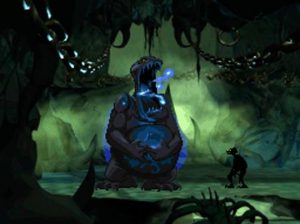 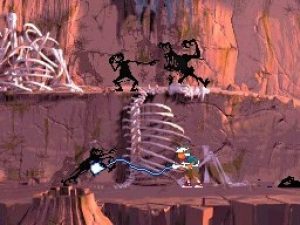