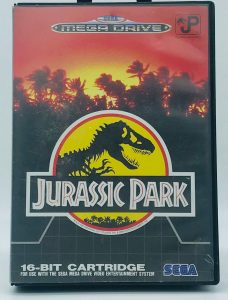 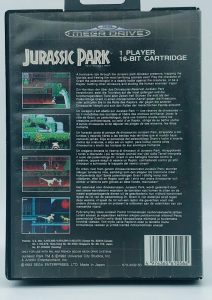 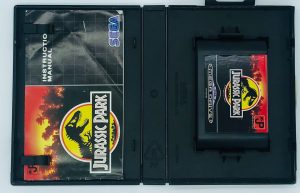 Jurassic Park published by sega is a side-scrolling platformer action game titled Jurassic Park for the Sega Genesis. Developed by BlueSky Software, the game can be played in two modes, either as Dr. Alan Grant or as a Velociraptor. Playing as each provides the user with an alternative story and different levels. 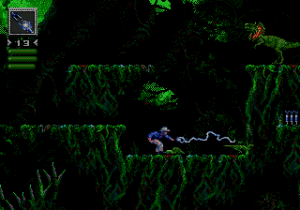 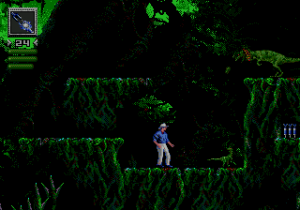 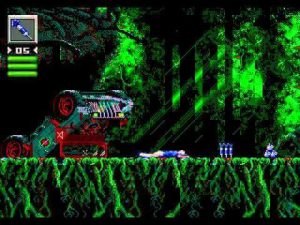 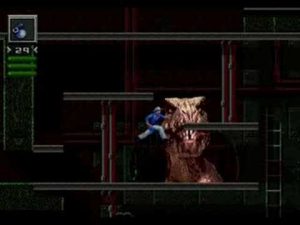