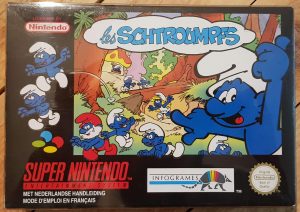 The Smurfs (Les Schtroumpfs) are a fictional group of small sky blue creatures who live in a Village in the woods. They were designed by Belgian cartoonist Peyo in 1958 and were featured in the Belgian comics magazine Spirou. They are widely known through the 1980s Hanna-Barbera animated television series of the same name.

The Smurfs is a platform game based on the popular eponymous series. Released by Infogrames in 1994 for home consoles and in 1997 for Windows, it was one of the first games available in more than one language, selectable by the player, it could be played in either English, French, Spanish, German and Italian. 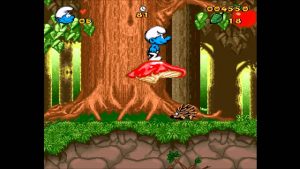 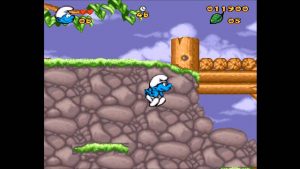 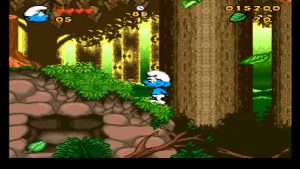