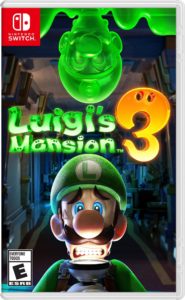 Luigi’s Mansion 3 is an action-adventure game developed by Next Level Games and published by Nintendo for the Nintendo Switch. It is the sequel to Luigi’s Mansion: Dark Moon and third installment in the Luigi’s Mansion series, and was released on October 31, 2019. The game sees players taking on the role of Luigi who must explore a haunted high-rise hotel, incorporating different themes on each floor, and rescue his friends from the ghosts that inhabit it, after the group is tricked into visiting it for a vacation by an old foe. Alongside a number of returning gameplay elements from previous installments, the game incorporates new features, including additional moves for ghost catching, a doppelganger assistant for puzzle-solving, and an improved multiplayer function that allows for players to conduct co-operative and competitive gaming against local and online opponents. 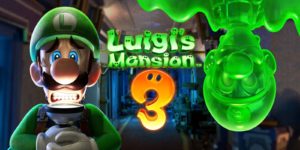 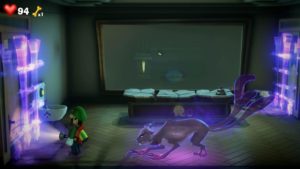 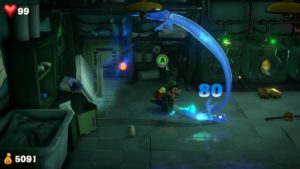 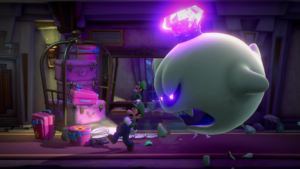