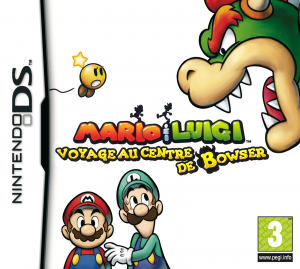 Mario & Luigi: Bowser’s Inside Story is a role-playing video game developed by AlphaDream and published by Nintendo for the Nintendo DS handheld game console in 2009. It is the third game in the Mario & Luigi RPG series.

The game’s plot involves Mario and Luigi being inhaled into the body of their long-time nemesis, Bowser. The Mario brothers learn to assist Bowser, who is unaware of their presence, as he combats Fawful, who has taken control of the Mushroom Kingdom. The gameplay focuses on the co-operation of the trio, who use their specific abilities to solve puzzles and fight enemies and thus progress through the game. Similar to its predecessors, its role-playing style emphasizes a turn-based battle system focused on timing accuracy, and is comedic in nature. 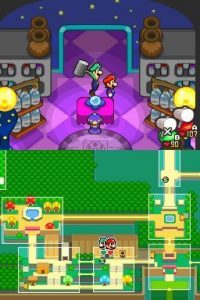 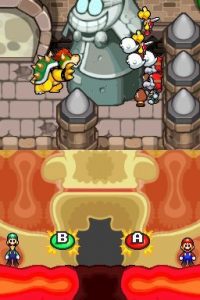 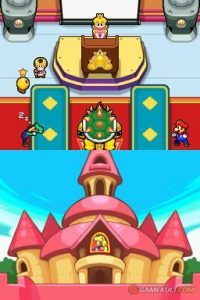 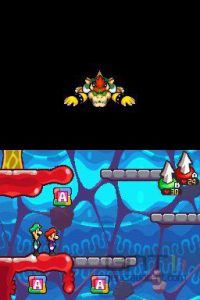