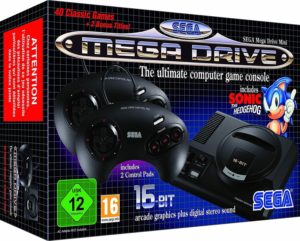 The Mini is half the size of the original Sega Mega Drive video game console. Inside the unit is an ARM-based SOC ZUIKI Z7213. The flash memory inside is 512mb. It includes either one or two (dependent on region’s bundle options) full-size replica controllers that connect through USB, thus original controllers are incompatible, a USB-to-Micro-B power cable (USB AC adapter in North America), and an HDMI video cable. There are separate releases for North America, Europe, Asia and Japan, as the Mini reproduces the original console’s decal and color variations in those regions. The North American and European Minis include three-button controllers, while the Japanese controllers have six buttons. Officially licensed six-button controllers made specifically for the Mini are also sold separately in North America and Europe. Officially licensed, non-functioning (purely aesthetic), add-on shells of a miniature Sega CD, a miniature Sega 32X, a miniature Sonic & Knuckles lock-on Genesis cartridge and a miniature Sonic the Hedgehog standard Mega Drive cartridge are also sold as a separate purchase in Japan.

The Mini includes 42 games, though the exact selection varies by region. For example, the Japanese Mini includes all three regional versions of Castlevania: Bloodlines and Contra: Hard Corps, while the North American Mini lets users play Puyo Puyo by changing the language to Japanese despite the Japanese Mini not having the game included. The European Mini does not allow players to switch to American versions, except for the games which were not originally released on a Mega Drive cartridge in Japan, such as Vectorman, Earthworm Jim and Virtua Fighter 2. The games have a saved state feature to pause and resume progress and can be played in either the original 4:3 ratio or cropped 16:9 widescreen, with HUD elements modified to fit onto the screen. Two bonus games, Darius and Tetris, were never released for the original system and were newly ported from their arcade releases. 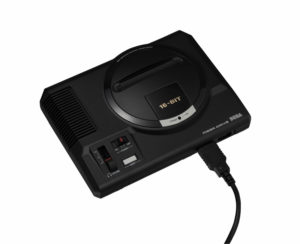 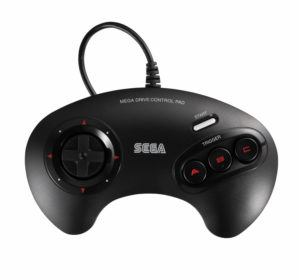