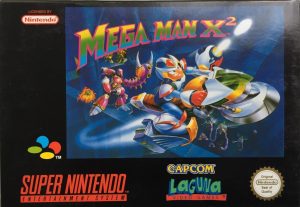 Mega Man X2 is set in an ambiguous year during the 22nd century (“21XX”) in which the world is populated both by humans and mechanical beings known as “Reploids” (replicant androids). The mass-produced Reploids are based on a complex, humanoid robot dubbed Mega Man X (or simply “X”) who was discovered by the archaeologist Dr. Cain in laboratory ruins many months earlier. Created with human-level intelligence and free will, some Reploids have a tendency towards destructive, criminal activity and are subsequently dubbed “Mavericks” by the government. A military force called the “Maverick Hunters” is formed to halt or prevent such activity. The events of the first Mega Man X game entail the hunter X’s fight to stop Sigma, a Maverick overlord bent on the destruction of humanity. X prevails in his mission, but at the cost of his partner Zero’s life.

Six months following the incident, X becomes the head of the Maverick Hunters. X tracks a “manufactured Maverick” bearing Sigma’s emblem to a Reploid factory, where he launches a full assault. However, despite Sigma’s apparent death and X’s recent efforts, the Maverick rebellion continues. Three powerful Mavericks—Serges, Agile, and Violen—form a group called the “X-Hunters” and gain control of the North Pole. In the time between Sigma’s demise and the trio’s sudden uprising, Serges has collected the deceased Zero’s bodyparts. After the factory mission, X is assigned to seek and exterminate eight Maverick leaders on a large continent directly south of the North Pole. The X-Hunters contact the Maverick Hunters shortly thereafter and taunt them with Zero’s body. The X-Hunters drift among the eight Maverick locations and attempt to lure X out, each one promising the protagonist a piece of Zero if he can defeat them.

The story deviates slightly depending on whether or not the player collects all three of Zero’s parts before heading to the X-Hunter fortification in the North Pole. If the player gathers all the parts, Dr. Cain states he will attempt to reassemble and reactivate Zero using his original control chip. If the player does not succeed, X is informed by Dr. Cain that the X-Hunters have attacked Maverick Hunter headquarters and stolen any collected parts and the control chip. Just as X annihilates the last of the X-Hunters, Sigma reveals himself to have been behind the plot. X leaves the exploding compound and tracks Sigma to the Central Computer, one of the eight locations he visited earlier. If the player fails to collect all of Zero’s parts, X finds both Sigma and the newly rebuilt Zero waiting for him halfway through the stage. X must then beat Zero in combat. If the player does manage to collect all of the parts, a gray-armored clone of Zero accompanies Sigma instead; the real Zero then appears at X’s side and destroys the clone. The outcome of either event has Sigma retreating and Zero creating a passageway in the floor to allow X pursuit. When the villain is defeated, X evacuates the facility to rendezvous with Zero outside, and the two watch as the facility self-destructs. 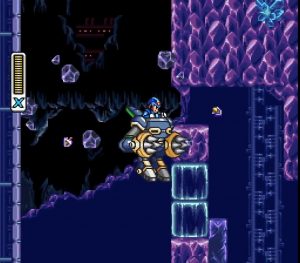 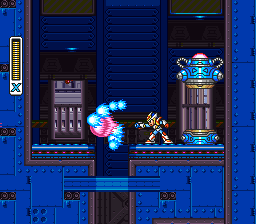 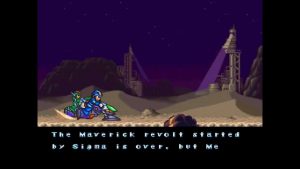