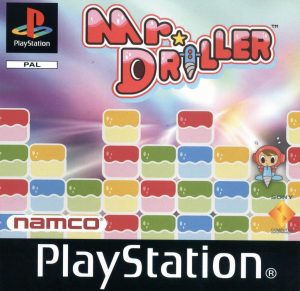 Mr. Driller is a series of video games developed and published by Namco.

Mr. Driller puts the player in the role of a driller moving down through screens of blocks, having to keep his air supply from running out while avoiding being squashed by falling blocks. Games in this series have been released for PlayStation, Dreamcast, WonderSwan, Game Boy Color, Game Boy Advance, Nintendo GameCube, Nintendo DS, WiiWare, Xbox Live, Windows, and iOS in addition to the arcade versions. The main character of these games is Susumu Hori, the son of Taizou Hori, who was the star of the original Dig Dug game. 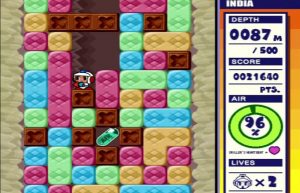