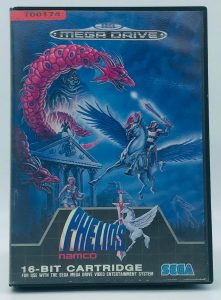 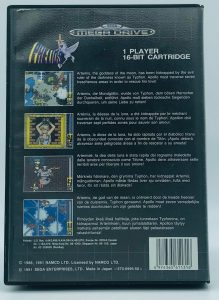 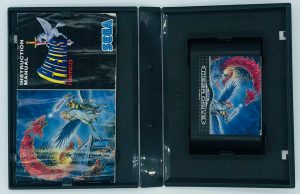 Phelios is a 1988 vertical scrolling shooter video game released for the Namco System 2 arcade platform in Japan by Namco. A Mega Drive port was released in 1990. The game features a plot loosely based on Greek mythology. The player takes control of the knight Apollo, the god of the sun, who sets off on the legendary winged horse Pegasus, to rescue his lover, Artemis, the goddess of the moon, from the Titan, Typhon. The game takes names and little else from Greek mythology in which Apollo, god of the sun, was actually Artemis’s brother. The game shows players an Artemis that acts as an stereotypical princess (but in Greek mythology, she was the goddess of the hunt, and took pride in never being with any man). 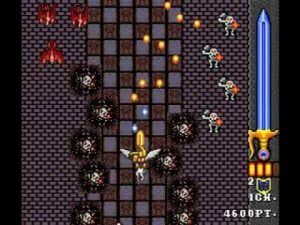 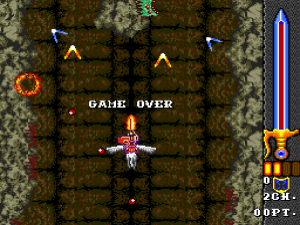 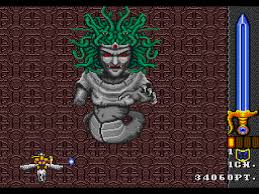 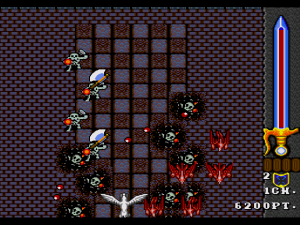