The Sony Playstation Classic will not have a CD-ROM player but will come pre-loaded with 20 classic games. 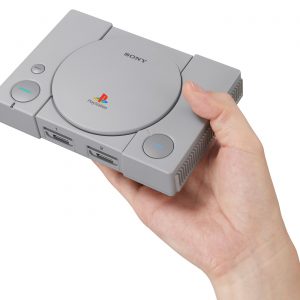