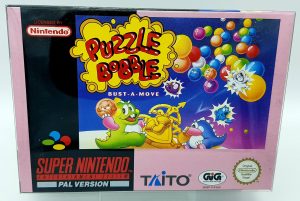 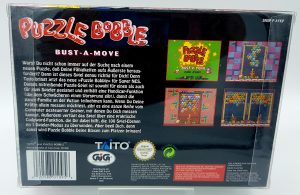 Puzzle Bobble, also known as Bust-a-Move, is a tile-matching arcade puzzle video game for one or two players created by Taito Corporation.

It is based on Taito’s popular 1986 arcade game Bubble Bobble, featuring characters and themes from that game. Its characteristically cute Japanese animation and music, along with its play mechanics and level designs, made it successful as an arcade title and spawned several sequels and ports to home gaming systems.

An arrangement of the original Bubble Bobble background music is played in the game’s end credits. 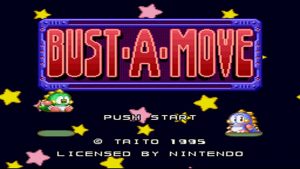 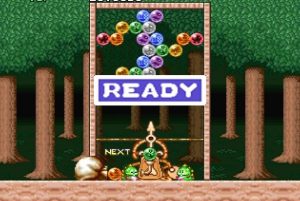 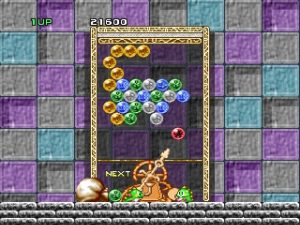 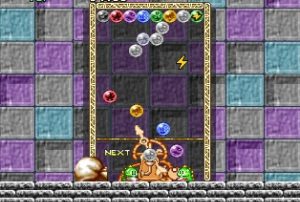