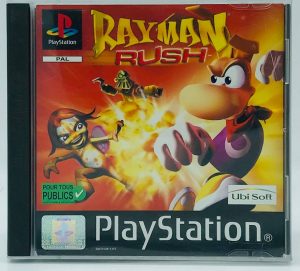 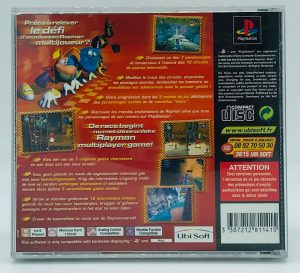 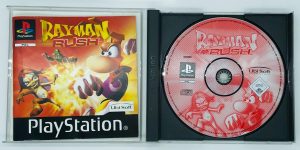 Rayman Rush is an on-foot racing game developed by Ubi Soft Shanghai and published by Ubi Soft, based on the Rayman universe. It features conversions of eleven race tracks, a slightly edited introduction movie, seven characters also character theme songs except for the Teensies (which was absent in this version) and one exclusive character and track not found in Rayman M. However, it lacks the battles from its predecessors. It is a 1-2 player game, with the Championship mode and Lums mode having 2 characters running and 1 in other game modes. The game was released 4 months after Rayman M. 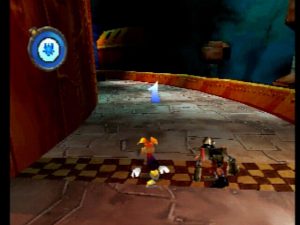 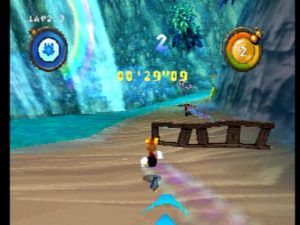 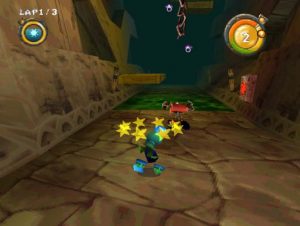 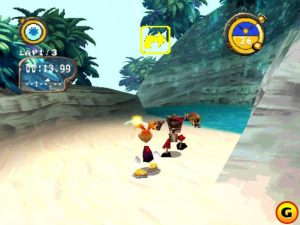