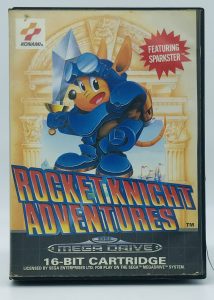 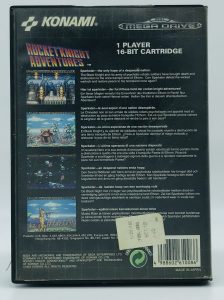 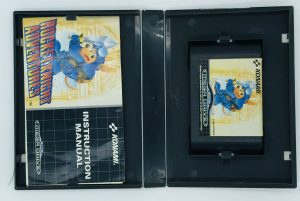 Rocket Knight Adventures is a 1993 side-scrolling platformer video game developed and published by Konami for the Sega Genesis. The game was released in North America on August 5, 1993, in Japan on August 6, 1993, and in Europe in 1993. Rocket Knight Adventures was designed by Nobuya Nakazato, designer of several titles in the Contra series such as The Alien Wars, Hard Corps and Shattered Soldier. Its protagonist is Sparkster, an opossum knight who fights an army of robots and pigs, many of whom are piloting various mechanical vehicles. Sparkster is armed with a sword that can project energy over a short distance and a rocket pack that allows him to fly. 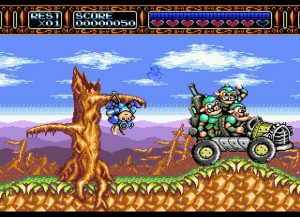 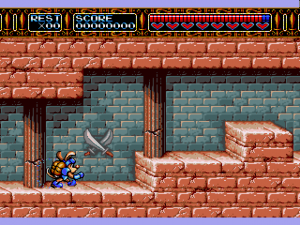 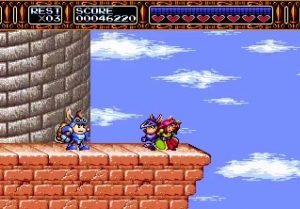 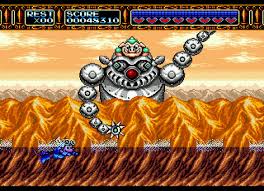