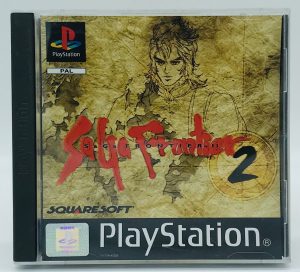 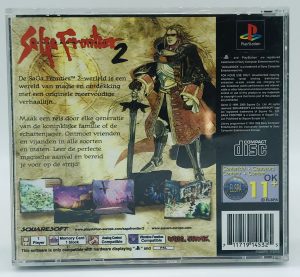 SaGa Frontier 2 is a role-playing video game developed by Square for the PlayStation. It is the eighth original game in their SaGa series. Initially released in Japan in April 1999, an English version was made available in North America in January 2000 by Square Electronic Arts and in PAL regions the following March by Square. Development for the title was headed by series creator Akitoshi Kawazu, with music by Masashi Hamauzu. The game features an art style unique to the series at the time it was released, utilizing hand-painted watercolor backdrops and characters to give the game a storybook feel. Like other SaGa games, gameplay is largely non-linear, giving the player multiple paths to follow in order to complete the game.

Set in the fictional world of Sandail, the game’s plot, as well as location and character names, draw heavily from medieval Germanic and Anglo-Saxon influence. The game’s plot is divided into two separate stories, with the player given the option to control either Gustave XIII, an exiled would-be heir on a quest to reclaim his throne, or William Knights, a young man investigating the death of his parents, with both scenarios eventually intertwining in a larger plot involving the fate of the world. SaGa Frontier 2 was met with generally positive reviews, with the Japanese version receiving three re-issues in June 2000, March 2002, and July 2006 respectively.

CIB – PAL – MANUAL AND BOX IN DUTCH – GAME IN ENGLISH 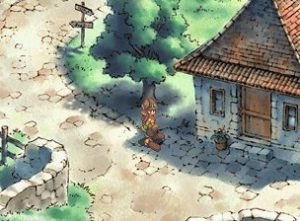 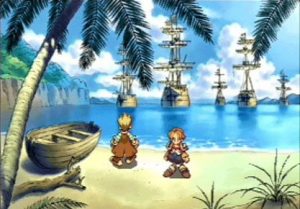 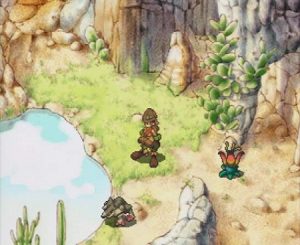 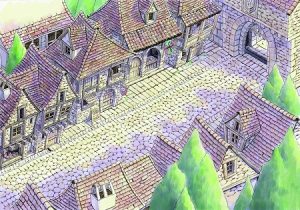