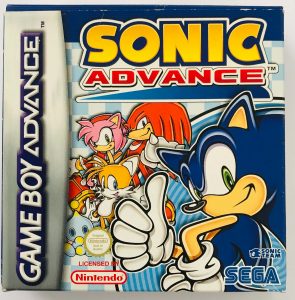 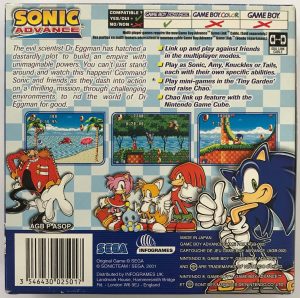 Sonic Advance is a 2001 side-scrolling platform video game published by Sega, THQ, and Infogrames for the Game Boy Advance (GBA). It was the first Sonic the Hedgehog game to be released on a Nintendo platform and was produced in commemoration of the series’ tenth anniversary. The story follows Sonic, Tails, Knuckles, and Amy as they journey to stop Doctor Eggman from taking over the world. Controlling a character, players are tasked with completing each level, defeating Eggman and his robot army, and collecting the seven Chaos Emeralds.

Development began after Sega shifted its focus to third-party software development, due to the poor performance of the Dreamcast console. Sega recruited Dimps to lead development, making the game the first in the franchise developed by the studio. While Sonic Advance follows a similar style of gameplay to the Sega Genesis Sonic games, certain concepts and designs were reused from newer titles such as Sonic Adventure (1998). The game has been ported to Nokia’s N-Gage and Android devices, and is available on the Wii U via the Virtual Console. 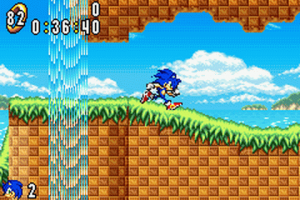 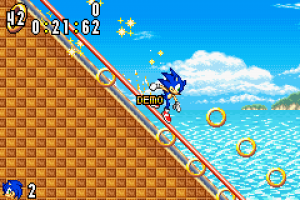 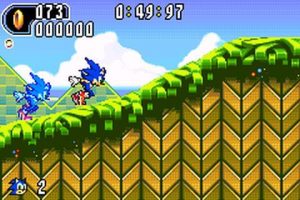 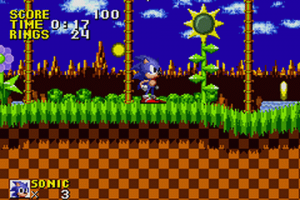