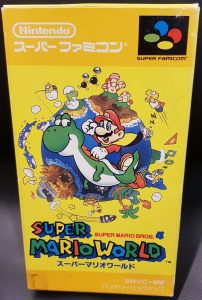 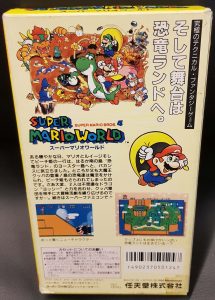 Super Mario World is a 1990 side-scrolling platform game developed and published by Nintendo for the Super Nintendo Entertainment System (SNES). The story follows Mario’s quest to save Princess Toadstool and Dinosaur Land from the series antagonist Bowser and his children, the Koopalings. The gameplay is similar to that of earlier Super Mario games: Players control Mario or his brother Luigi through a series of levels in which the goal is to reach the flagpole at the end. Super Mario World introduced Yoshi, a dinosaur who can eat enemies and gain abilities by eating the shells of Koopa Troopas.

Nintendo Entertainment Analysis & Development developed the game, led by director Takashi Tezuka and producer and series creator Shigeru Miyamoto. It is the first Mario game for the SNES and was designed to make the most of the console’s technical features. The development team had more freedom compared to the series instalments for the Nintendo Entertainment System (NES). Yoshi was conceptualised during the development of the NES games but was not used until Super Mario World due to hardware limitations.

After saving the Mushroom Kingdom in Super Mario Bros. 3, brothers Mario and Luigi decide to go on holiday to a place called Dinosaur Land, a prehistoric-themed world swarming with dinosaurs and other enemies. While resting on the beach, Princess Toadstool disappears. When Mario and Luigi wake up, they try to find her and, after hours of searching, come across a giant egg in the forest. It suddenly hatches and out of it comes a young dinosaur named Yoshi, who tells them that his dinosaur friends have also been imprisoned in eggs by evil Koopas. Mario and Luigi soon realise that it must be the evil King Bowser and his Koopalings.

Mario, Luigi and Yoshi set out to save Princess Toadstool and Yoshi’s dinosaur friends, searching Dinosaur Land for Bowser and his Koopalings. To aid him, Yoshi gives Mario a cape as they begin their journey… 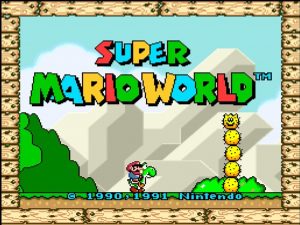 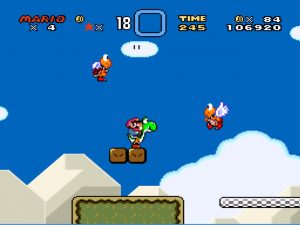 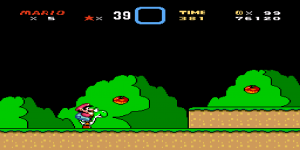 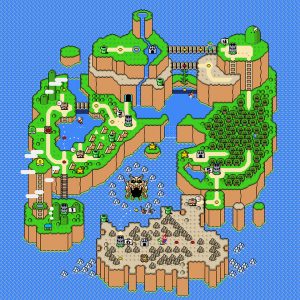