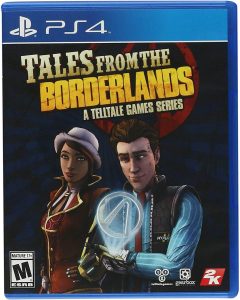 Tales from the Borderlands is an episodic interactive comedy graphic adventure sci-fi video game based on the Borderlands series, released in November 2014 for Android, iOS, Microsoft Windows, OS X, PlayStation 3, PlayStation 4, Xbox 360, and Xbox One.
The game was developed by Telltale Games under license from Gearbox Software, the developer of the Borderlands series, and 2K Games, its publisher. The game follows the episodic format that Telltale used for its titles The Walking Dead and The Wolf Among Us, where player choices and actions have significant effects on later story elements. Although the series received some criticism due to the aging game engine and repetition of gameplay from past Telltale games, Borderlands largely received critical acclaim. Particular praise was attributed to its strong characterization, creative setpieces, humorous writing and unexpected pathos.

Tales takes place in the Borderlands universe, primarily on the planet Pandora. Long-standing fables of a Vault containing vast treasures on Pandora has drawn numerous “Vault Hunters” to the planet, as well as the corporate interests of the Hyperion corporation who maintain military-like control of the planet from an orbiting base named Helios. The game occurs after the events of Borderlands 2. It has been discovered that there are numerous other Vaults scattered throughout the galaxy, leading to a search for more Vault Keys that can open these new Vaults. 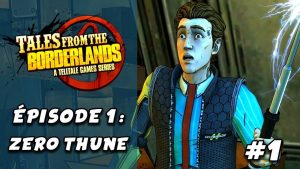 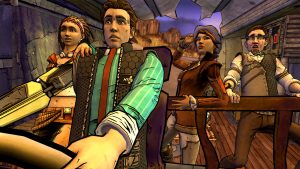 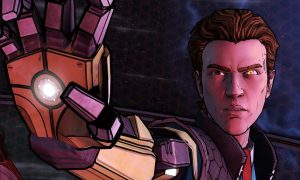