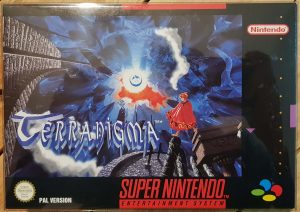 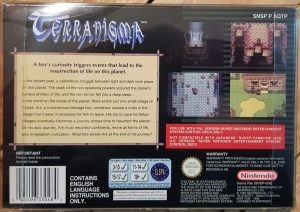 Terranigma is a 1995 action role-playing game for the Super Nintendo Entertainment System developed by Quintet. Manga artist Kamui Fujiwara is credited with the character designs. It was published by Enix in Japan before Nintendo localized the game and released in Europe and Australia.
Terranigma tells the story of the Earth’s resurrection by the hands of a boy named Ark, and its progress from the evolution of life to the present day. 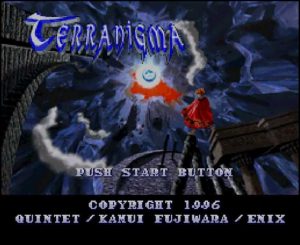 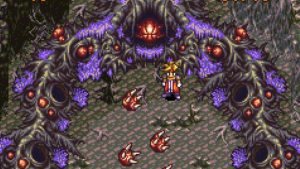