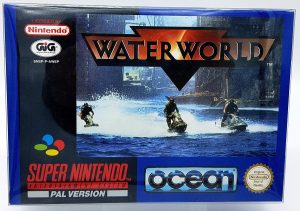 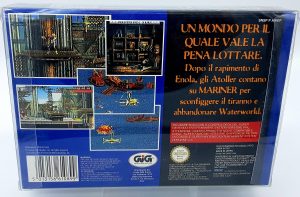 Waterworld is a video game released for the Super Nintendo Entertainment System, Virtual Boy, MS-DOS, Microsoft Windows and Game Boy, based on the film of the same name.
Game was produced by Ocean Software.

The game was played from an overhead/isometric perspective with the player controlling the Mariner’s boat on the ocean. The point of the game was to destroy the Smokers’ boats and dive for sunken artifacts, at which point the game switches to a side on perspective so that the player can directly control the Mariner underwater. 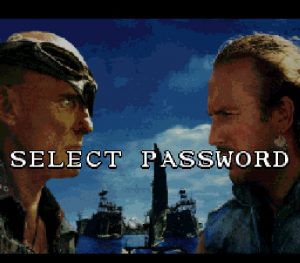 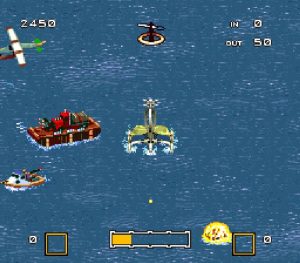 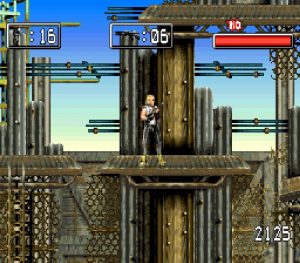 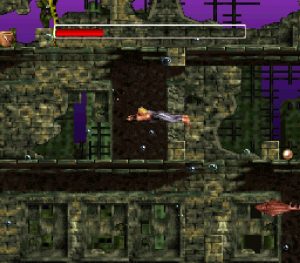