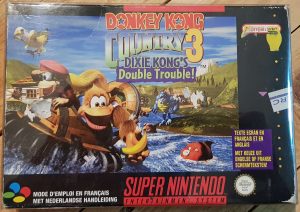 Donkey Kong Country 3: Dixie Kong’s Double Trouble! is an adventure platform video game developed by Rare and published by Nintendo for the Super Nintendo Entertainment System (SNES). It was first released on November 22, 1996 in North America, November 23, 1996 in Japan and on December 19, 1996 in Europe and Australia. It is the third installment of the Donkey Kong Country series, the final game in the original trilogy, and serves as a direct sequel to Donkey Kong Country 2: Diddy’s Kong Quest. It was also re-released for the Game Boy Advance in 2005, with a new soundtrack. The game was made available to download on the Wii’s Virtual Console service in 2007, as well as for the Wii U’s Virtual Console in 2014.

The plot revolves around Dixie Kong and her cousin, Kiddy Kong, in their attempts to rescue the kidnapped Donkey Kong and Diddy Kong from series antagonist King K. Rool. The game is set in the “Northern Kremisphere”, a fictionalised version of northern Europe and Canada. Dixie Kong’s Double Trouble! utilises the same Silicon Graphics technology from its predecessors, which feature the use of pre-rendered 3D imagery. The game received positive reviews upon release. Critics praised the visuals and various aspects of gameplay; however, most were divided over the game’s soundtrack. 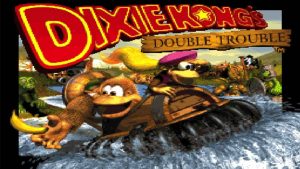 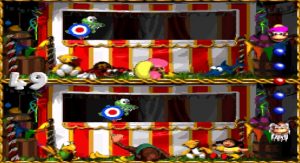 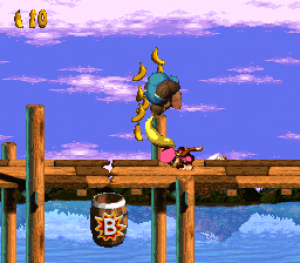 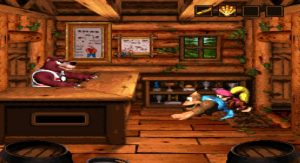