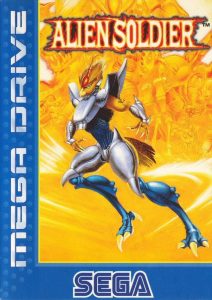 In the year 2015, the A-Humans of A-Earth have created genetically engineered A-Humans capable of super intelligence and strength, as well as parasitic co-existence with machinery and animals, particularly humans. A terrorist organization known as Scarlet rose up within this race and sought to dominate the rest of the A-Humans and A-Earth by locking the planet down and keeping anyone else out. During the height of Scarlet’s power, an assassination attempt on the group’s leader, Epsilon-Eagle, was carried out by a special forces group. Scarlet fought back with their powers, and the battle somehow breached the space-time continuum. Epsilon was gravely injured and cast somewhere into the continuum.

Seemingly gone forever, another Scarlet member known as Xi-Tiger took control of the organization. Under his rule, Scarlet became too brutal even for themselves, and they called for Epsilon to reclaim his position. More or less isolated from the rest of the group, Xi sought to find and assassinate Epsilon himself. He planned an attack on an A-Human research laboratory, where children with special abilities had been kidnapped and experimented on. Upon arriving, Xi-Tiger sensed the presence of Epsilon in one of the boys. However, he was unsure because he couldn’t pinpoint the evil from Epsilon, who had entered the boy’s body and was now living as a parasite. Xi-Tiger took a young girl hostage and threatened to kill her unless Epsilon revealed himself. The boy flew into a rage and morphed his body into Epsilon himself. Xi seemed to sense this strange power, and in fear, killed the girl and fled. Epsilon had completely split his dual personality apart; with both good and evil Epsilons now chasing after Xi-Tiger. 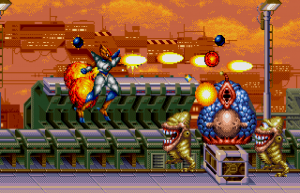 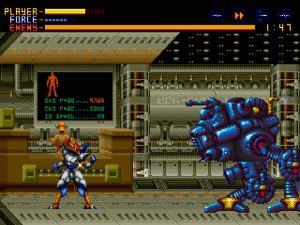 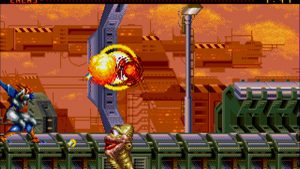