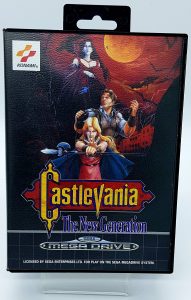 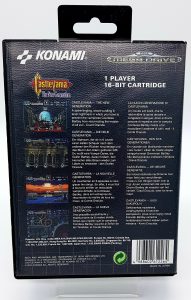 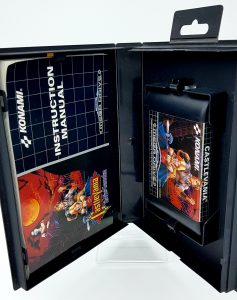 The game’s storyline concerns a legendary vampire named Elizabeth Bartley, who is Dracula’s niece, suddenly appearing in the 20th century. Plotting a sacrificial war in order to bring her uncle back to life, she orchestrates the beginning of World War I. Quincy Morris’ son, John, and his best friend Eric Lecarde, vow to take up the fight against evil. Together they manage to prevent Dracula’s full resurrection.

In 1897, the long war between humanity and Dracula came to an end, as Dracula was laid to eternal rest by Quincy Morris, a distant descendant of the Belmont family. Peace was restored to Europe, until the outbreak of the First World War, which transformed the continent into a dark world filled with massacre and violence. At the beginning of the war, in June 1914 at Sarajevo, the Crown Prince of Austria was assassinated. It was said that a strange beautiful woman was involved, within the shadows. The woman was Elizabeth Bartley, who, in order to revive her uncle, Count Dracula, had conducted an unholy ceremony which caused the war, giving her possession of human souls from Europe.

The game itself takes place in 1917. The characters are John Morris, a distant descendant of the famed Belmont and Morris families who obeyed his fate to fight vampires day and night, and Eric Lecarde, whose girlfriend was transformed into a vampire when Elizabeth was revived. After Drolta Tzuentes resurrected Elizabeth Bartley, they traveled across Europe to conduct the resurrection of Count Dracula. John Morris and Eric Lecarde followed them. Even though the resurrection of Dracula was a success, the vampire hunters defeated him, and his allies. 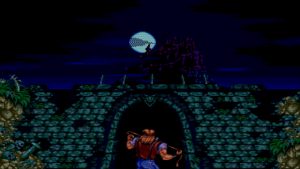 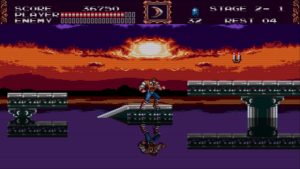 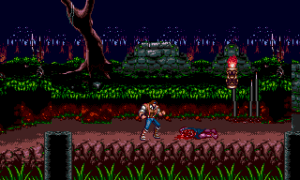