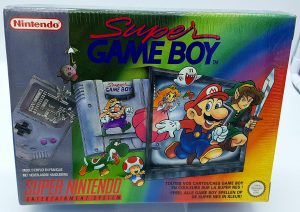 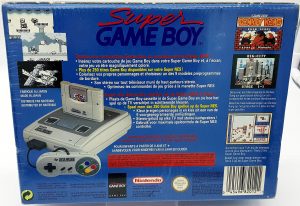 The unit could map the four shades of green to various colors on the screen. Later Game Boy games that were optimized to use the Super Game Boy had additional color information and could override the on-screen colors, display a graphical border around the screen, and display special background sprites, as seen in the Mario’s Picross title screen. Those games would have printed a small “Super Game Boy Game Pak” logo on the box and cartridge. The adaptor could support up to 64 colors for the border, and 12 colors for the screen. Static screens could display all 10 colors. 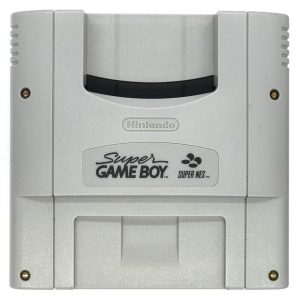