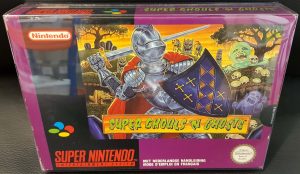 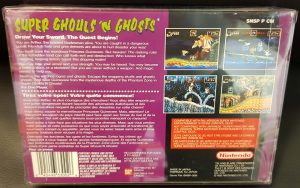 Super Ghouls ‘n Ghosts is an action side-scrolling platform game developed and published by Capcom and released for the Super Nintendo Entertainment System in 1991. It is the third game in the Ghosts ‘n Goblins series.

The player takes the role of the knight Arthur, who must once again rescue the Princess from the demons. The antagonist this time is the Emperor Sardius (known as Samael in the Japanese version), who has kidnapped the Princess in order to obtain the whereabouts of the Goddess’s Bracelet, the only weapon capable of destroying Sardius. After making it to Sardius’s castle, Arthur must return to the beginning where the Princess hid the bracelet in order to destroy Sardius permanently. After repeating his journey, Arthur defeats Sardius with the bracelet and returns the Princess to the kingdom. 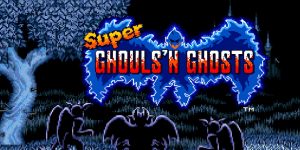 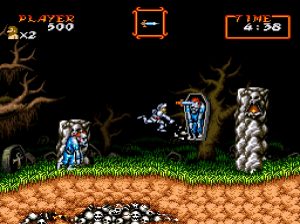 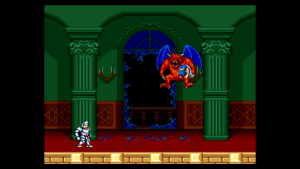 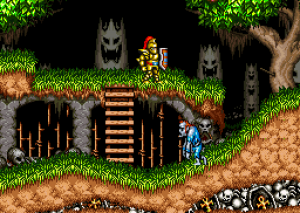