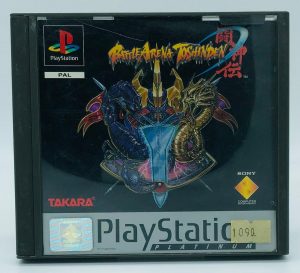 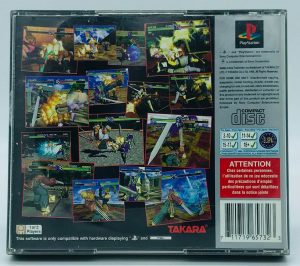 Battle Arena Toshinden is a weapons-based fighting game developed by Tamsoft and published by Takara and Sony Computer Entertainment in 1995-1996 for the PlayStation, Sega Saturn, Game Boy, and MS-DOS. It was one of the first fighting games to boast polygonal characters in a 3D environment, and it is credited for taking the genre into “true 3D” due to its introduction of the sidestep maneuver.

The game was announced as a PlayStation exclusive, with Sony initially promoting it as a “Saturn killer” (against Sega’s Virtua Fighter), but it was ported to the Saturn with additional features less than a year later. Once fighting games like Tekken started emerging, Battle Arena Toshinden declined in popularity, but still did spawn a series of sequels. It was the first 3D weapons fighter, and was succeeded in spirit by Soul Edge and other games of the genre. 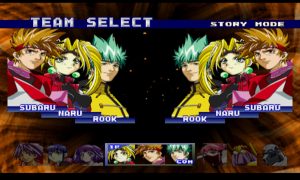 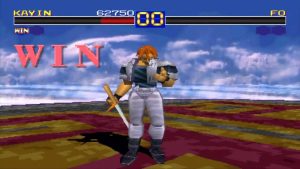