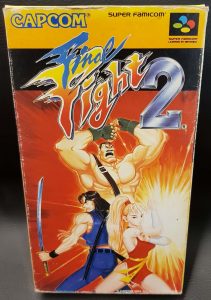 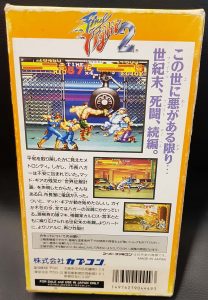 Final Fight 2 is a side-scrolling beat ’em up video game released by Capcom for the Super Nintendo Entertainment System (SNES) in 1993. It is a sequel to the coin-operated arcade game Final Fight, which was previously also released for the SNES. Final Fight 2 was developed by Capcom’s consumer division with no preceding coin-op version.

Unlike the SNES version of the first game, Final Fight 2 supports two-player simultaneous play and has a total of three playable characters. The only playable character from the first game to return is Mike Haggar. Two new player characters were introduced: Carlos Miyamoto and Maki Genryusai. In the game’s plot, the three battle the resurgent Mad Gear gang at various locations around the world to rescue Maki’s sister and father, who are also the fiancée and teacher respectively of Guy from the first Final Fight.

Capcom followed up the game with another SNES-exclusive sequel, Final Fight 3, which saw the return of Guy to the series. None of the new characters from Final Fight 2 returned, although Maki made appearances in various Capcom fighting games years later. 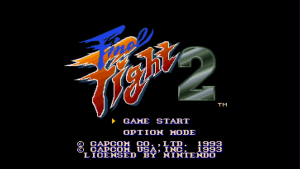 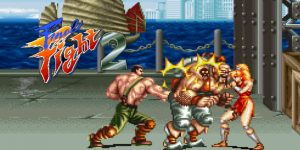 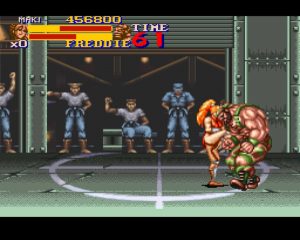 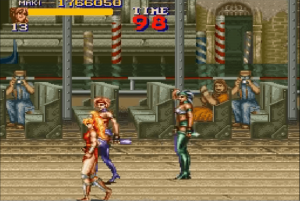