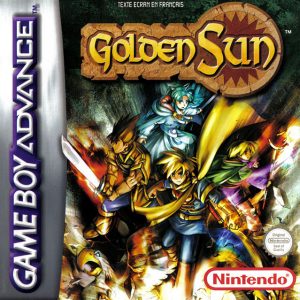 The prevalent force of Alchemy in Weyard’s ancient past enabled the development of great civilizations. However, this thriving period eventually gave way to a worldwide conflict that subsided only with the sealing away of Alchemy. The keys to unlocking Alchemy, the four Elemental Stars which hold the pure power of the four elements, are hidden within the mountain shrine, Mt. Aleph, which in turn is guarded by the town of Vale at the mountain’s base. In the game’s prologue, Saturos and Menardi, with help from a raiding party, storm Mt. Aleph with the intention to seize the Elemental Stars for themselves. They fail to solve the riddles guarding the stars and are driven away by the mountain’s trap, a magically generated thunderstorm and rock slide.

Three years later, Isaac, Garet, and Jenna join their teacher, Kraden, in his research of Mt. Aleph. Their research coincides with a second raid of the sanctum by Saturos and Menardi, now assisted by Felix and Alex, who coerce Isaac into giving them three of the four stars. The volcano erupts before they can retrieve the final star,[30] but before escaping they capture Jenna and Kraden as eventual bargaining chips. The guardian of Mt. Aleph, the Wise One, appears before Isaac and Garet and instructs them to prevent Saturos’ group from casting the Elemental Stars into their respective Elemental Lighthouses across Weyard; if this happens, Alchemy will be restored and the period of instability will begin anew.

Isaac and Garet pursue Saturos’ group to the Mercury Lighthouse, joined by Ivan and Mia. Despite their best efforts, they fail to prevent Saturos from activating Mercury Lighthouse with the Mercury Star. Saturos’ group leaves for the next Lighthouse with Isaac’s party remaining in pursuit. In the ensuing chase, Isaac learns that Saturos has taken another Adept hostage: the female Jupiter Adept, Sheba. Saturos and Menardi activate the Venus Lighthouse with the Venus Star, and are confronted by Isaac’s party immediately thereafter. Attempting to annihilate their opponents, Saturos and Menardi magically merge to form a massive two-headed dragon, but Isaac’s party slay Saturos and Menardi. Directly following this, Sheba falls from the lighthouse and Felix proceeds to jump out after her. The remnants of Saturos’ group, headed by Felix and Alex, continue their quest to light the remaining two Lighthouses, with Jenna, Sheba, and Kraden still with them. The game ends as Isaac’s party boards a ship and sail out into Weyard’s open seas to continue their mission. 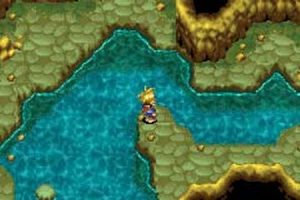 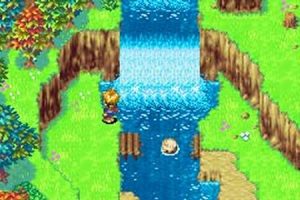 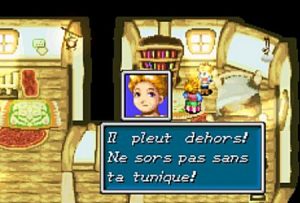