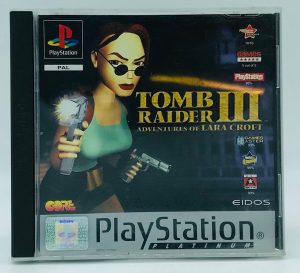 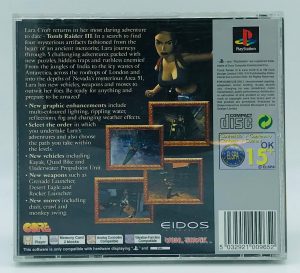 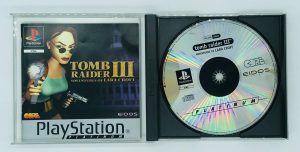 Tomb Raider III: Adventures of Lara Croft is an action-adventure video game developed by Core Design and published by Eidos Interactive. It was released for the PlayStation and Microsoft Windows platforms in 1998. Tomb Raider III is the third title in the Tomb Raider video game series and a sequel to Tomb Raider II. The story of the game follows archaeologist-adventurer Lara Croft as she embarks upon a quest to recover four pieces of a meteorite that are scattered across the world. To progress through the game, the player must explore five locations (India, South Pacific, London, Nevada, and Antarctica) and complete a series of levels that involve solving puzzles, traverse dangerous locations, and defeating enemies.

Tomb Raider III is built on an upgraded version of the Tomb Raider engine used by its predecessors. The engine offers better speed efficiency and new graphical features such as coloured lighting and triangular polygons, allowing developers to achieve greater detail and more complex geometry. The game was designed to be more in line with the puzzle-solving gameplay of the original Tomb Raider as opposed to the more shooting-oriented style of Tomb Raider II. 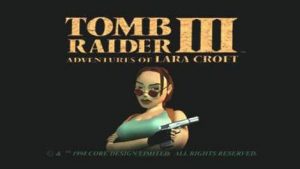 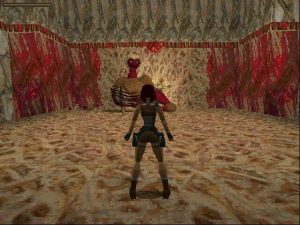 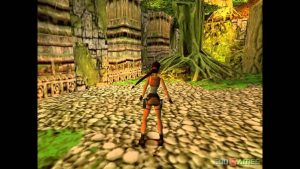 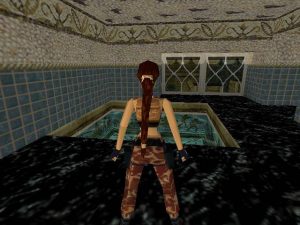